BalletMet: Dorothy and the Prince of Oz Tickets

Once again, the magical land of Oz is in danger! Only Dorothy and the Prince of Oz coming to Ohio Theatre in Columbus on Friday, February 10th 2023, can save it. With help from her friend Scarecrow, she braves a dangerous journey to save the Prince and reunite the kingdom, finding love along the way. Meet Dorothy, Glinda and Scarecrow on the yellow brick road as they heroically return to save the land of Oz. Dorothy and her Prince discover what the Book of Knowledge has to impart, and how a special amulet holds magical power. With striking collaboration between ballet dancers and puppetry resulting in beautifully manipulated creatures, racing against the clock, Dorothy must rescue the Prince from Warring Kingdoms before tragedy strikes. 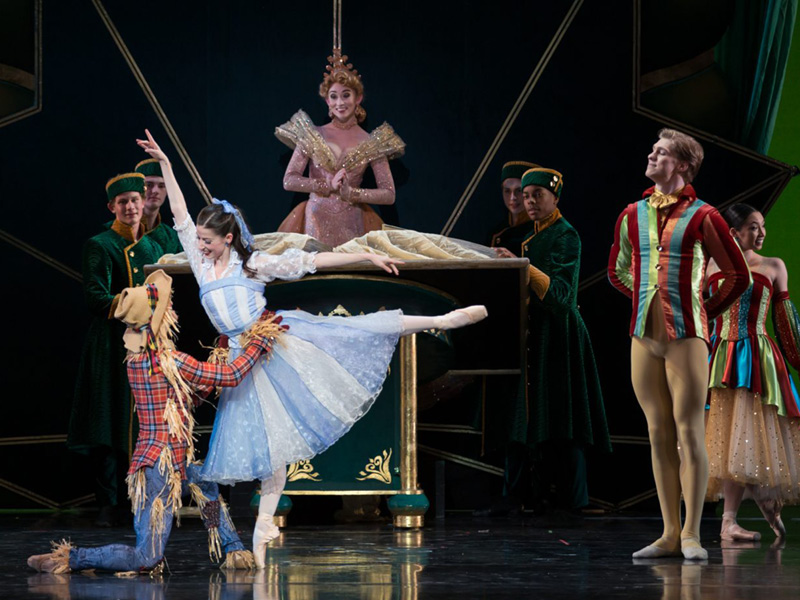 This performance tells the story of a troubling division in the land of Oz between the dynasties of Queen Diamond and King Sapphire, as exposed in the all-knowing Book of Knowledge. The argument centered around their son, the prince. To resolve the argument, the Queen has cast a spell over the Prince, thus set in motion the prospects of eternal war between the two parties. Dorothy is the only one with the wherewithal to restore the peace, and having been given details by the book of Knowledge, Dorothy and scarecrow embark on their mission to rescue the prince. Dorothy magically meets the prince in dreamland, where he gives her his amulet, and they, of course, immediately fall in love.

To restore peace, they inform King Sapphire that they will rescue the prince and set off for the Queen's dome. Meanwhile, the queen hears of this invading force and assembles her army. Enter the magnificent puppetry. Dorothy manages to sneak into the dome and find the prince, giving him the amulet, lifts the queen's evil spell, and in turn gives him one of her hair ribbons. Both Dorothy and scarecrow are overpowered by the queens’ forces, and the spell is re-cast over the prince. The queen is furious and declares war on the king, and in the ensuing battle, the prince is gravely wounded. As his dying wish, he presents Dorothy’s hair ribbon and asks to see her one last time. This act of his last wish, reunites the King and Queen and Dorothy is taken to see the prince – and as in all fairy tales, their love conquers all and the prince is healed.