Paws up! It's time to call the little ones and let them join the pups as they save the day, facing their greatest challenge yet. The kiddos' favorite rescue pups are heading to the live stage at PAW Patrol Live! "Heroes Unite" at Ohio Theatre – Columbus on Sunday, 9th of April 2023. This is the chance to unleash the hero inside of the whole family as you get the chance to become honorary members of the rescue team. As Robo Dog was dognapped by Mayor Humdinger, it's the kiddos' chance to explore the world, help rescue Robo Dog and show the hero inside of them. Book those tickets now! 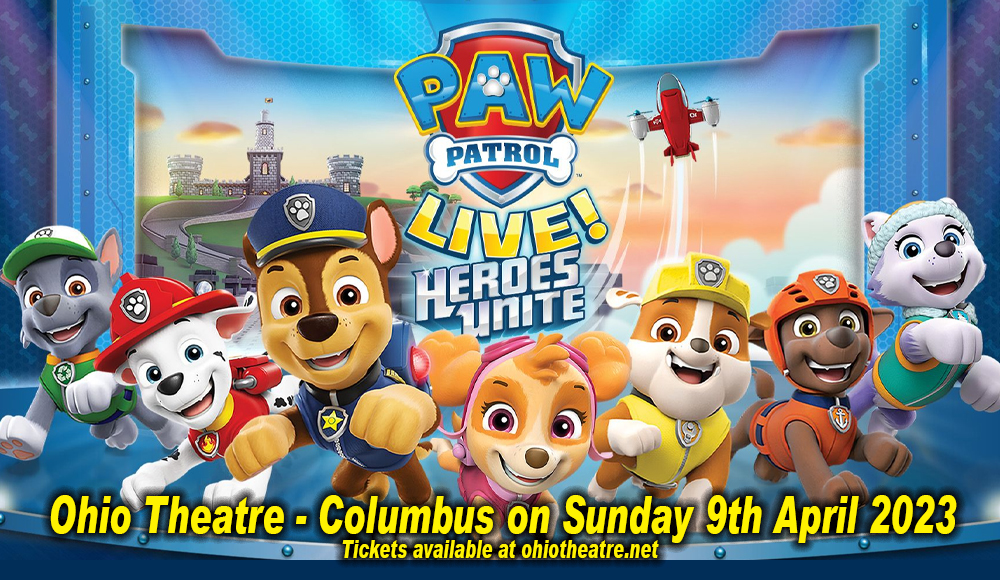 PAW Patrol Live is proud to announce its newest live stage production, "Heroes Unite". Set to begin on February 2023, the stage production features a new story where Mayor Humdinger dognapped Robo Dog, cloned the victim, and caused chaos across the world. PAW Patrol Live is inviting the whole family on a journey across the world, catching those clones, and rescuing Robo Dog, all together on a journey to remember.

"When the going gets “ruff,” lending a paw makes you the ultimate top hero!" PAW Patrol Live's website shares. As your kiddos enter the theater, adventure awaits, but saving the day whilst singing, dancing, laughing, and having fun is what will surely make their day. As Chase, Everest, Marshall, Rocky, Ryder, Skye, and the whole gang join forces to save the world and Robo Dog, the kiddos' are in for an adventure of a lifetime as newly hailed heroes of the pack.'

Based on the hit Nickelodeon pre-school TV series, PAW Patrol Live: Heroes Unite is the series' third touring show. The tour has amassed over 4.5 million attendees across 40 countries. On its third run, Heroes Unite is an interactive, and immersive family-friendly theatrical production that'll surely bring out the heroes in everyone.

Tickets are on-sale now. Make sure to save the whole family a spot at Ohio Theatre – Columbus by booking your tickets now!