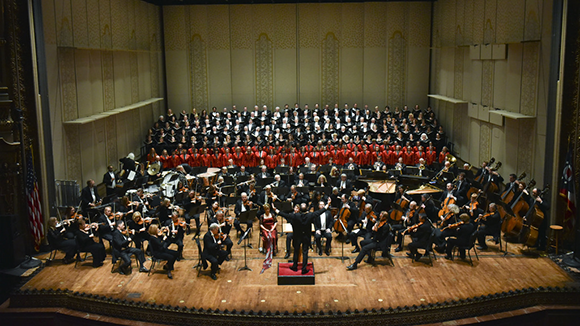 Born in Moscow, Natasha Paremski has been performing since a very young age, with her talented Piano skills, she brings a flawless concert at all times. Recognised for her incredible, mature talent, Natasha was awarded early on several prizes including the Gilmore young Artists and the Classical Recording Foundation’s Young Artist of the Year!

Her first recital album received nothing but the best reviews for her recordings and live concerts across North America. With a no.9 record on the Billboard Traditional Classical chart, her career rocketed and enabled her to then release more… In 2012 she recorded Tchaikovsky's first concerto and Rachmaninoff’s Paganini Rhapsody with the Royal Philharmonic Orchestra and Fabien Gabel.

"She had a wide array of weapons in her arsenal: a muscular assurance in loud passages, delicacy in quiet ones, trills and runs where she delineated each note, cataclysmic cadenzas, skittering playfulness where Rachmaninov smiled and fireworks where he frowned."