Come and watch the sensational broadway show!
Don’t miss out! Book your seats and watch your back!! Mean Girls is coming to Columbus this October!! 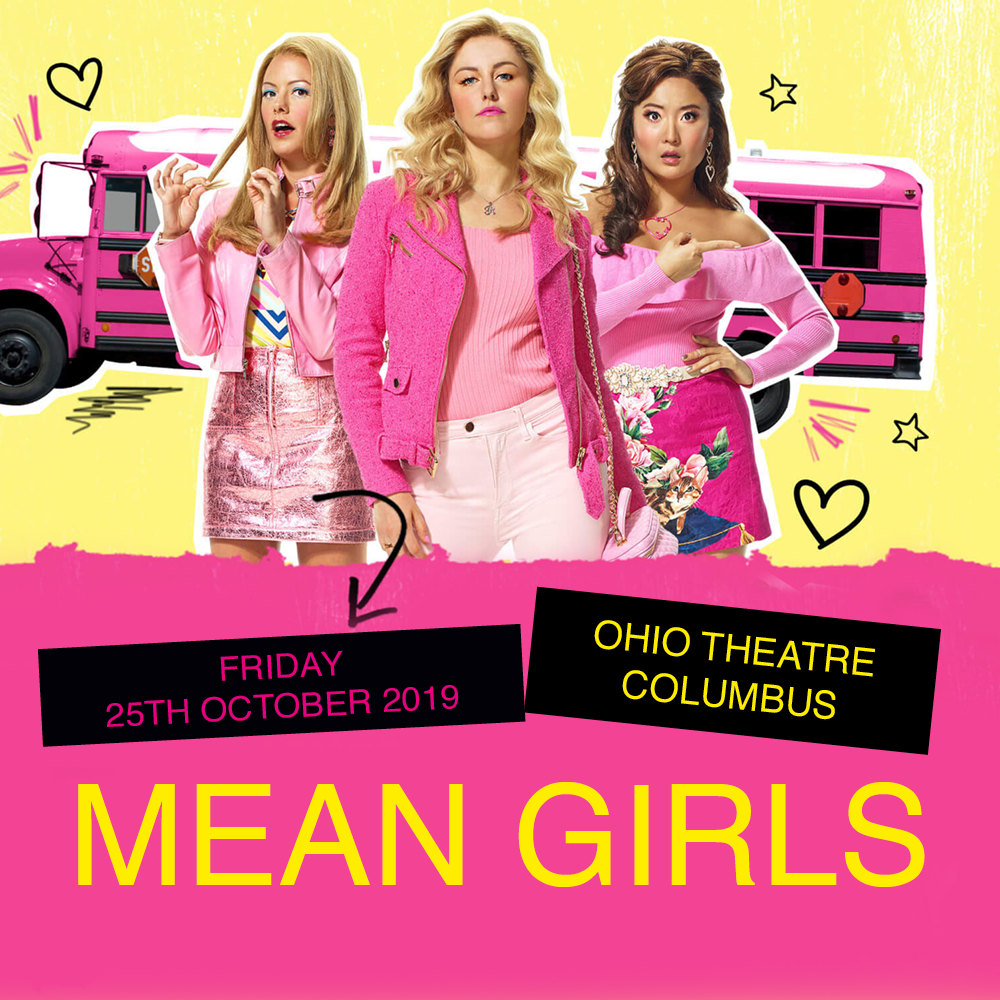 Cady Heron is the new girl at school. Living in the African bush has left her unprepared for the ruthless politics and the Plastics. Book your seat to watch as she finds her place in the food chain. This award-winning musical show is based on the hit movie and novel by Tina Fey.

Cady starts at a new high school and falls for the dreamy Aaron, but this soon causes complications with the ruling clique – the popular Plastics led by the queen bee – Regina George. Witness Cady’s winter makeover and her battle to rule the jungle of high school. Enjoy the hilarious comedy, appreciate the spectacular show tunes and lyrics from the safety of your seat in the audience. You want to sit with the cool kids, but it’s definitely safer to sit in the audience and watch the spectacle unfold.

Book your seats at Ohio Theatre this October for a fun-filled night of music, fierce rivalries and clever lessons on what it means to fit in and be true to yourself.

Book your tickets now!! You know you wanna sit with us!!